The Uniform Trade Secrets Act has been in existence over thirty years and nearly all states have adopted it or a version of it. California’s version (“CUTSA”) is set forth under Civ. Code  section 3426 et. seq. Congress has grappled with the lack of uniformity of implementation of UTSA among the states and the increasing problem of international theft of trade secrets. On May 11, 2016, Congress passed the Defend Trade Secrets Act (“DTSA”), set forth in 18 U.S.C sections 1831-39, which applies to misappropriations after that date.

The DTSA applies to products and services in interstate commerce. It may be a more effective tool for enforcing trade secret theft because of its new TRO seizure provisions and the nationwide reach of its remedies. Additionally, while CUTSA has broad preemptive effect over other tort claims, the DTSA may allow practitioners to pursue those tort claims. The DTSA also seems to contemplate a jury trial on some issues that the court would decide under CUTSA.

The DTSA has an issue that business and employment lawyers need to be mindful about. It sets forth a statutory immunity for employee-whistleblowers that file a charge or complaint with a government agency or court that permits them to identify the employer’s trade secret under seal. If an employer decides to sue his former employee for misappropriating trade secrets under the DTSA, he needed to  provide notice of this immunity to its employees to potentially recover attorney’s fees and enhanced damages (twice the amount) for willful misappropriation under the DTSA.

How does an employer provide that immunity notice? To be safe, the notice should be verbatim as provided in the text of 18 U.S.C. section 1833(b):

An individual shall not be held criminally or civilly liable under any Federal or State trade secret law for the disclosure of a trade secret that: (A) is made (i) in confidence to a Federal, State, or local government official, either directly or indirectly, or to an attorney; and (ii) solely for the purpose of reporting or investigating a suspected violation of law; or (B) is made in a complaint or other document  is filed  in a lawsuit or other proceeding, if such filing is made under seal.

It appears this notification should be in new employment agreements and policy handbooks entered after May 19, 2016. Ideally, employers would collect acknowledgements that its employees have been advised of the new policy. The immunity appears to apply to any agreement that might be the cornerstone of a misappropriation claim under the DTSA, including NDAs, Non-Compete Agreements, Independent Contractor Agreements and Separation Agreements.

There are other tradeoffs. In addition to being an aggravation for employers to implement, the immunity notice might be seen as a roadmap for an unscrupulous employee, or his new employer, to build an employment claim around use of an alleged trade secret or an opportunity to try to defeat the trade secret in court proactively. Employers may be very reluctant to set out the immunity notice. Further, while the employer may risk losing recovery of attorneys’ fees and enhanced damages under the DTSA, a CUTSA claim likely can be combined with it and still provide those remedies. It would appear employers can still reap the advantages of both Acts without providing the immunity notice.

However, there are other issues about the immunity disclosure that indicate this aggravation should be taken seriously. Employers might risk class action or government enforcement actions if they fail to provide the immunity notice. The immunity applies to disclosure in court proceedings or to the government, but what about private contract arbitration? Additionally, one opposing an employer’s attempt to characterize information as a trade secret may argue that its failure to provide the immunity notice is a tacit admission that the information was not a trade secret at all. The failure to provide the notice may also be claimed to be an unfair employment practice.

It appears that more trade secret litigation will be headed to federal court, and it also appears employers can combine DTSA and CUTSA claims to keep their options open. It is still important that employers consider both sides of the immunity issue and wisely choose which path to follow. 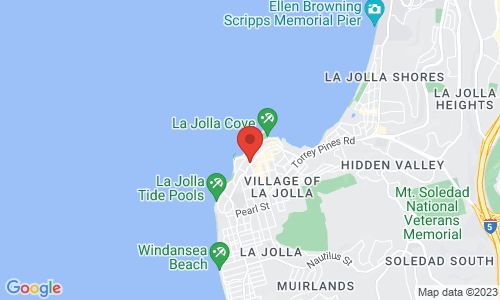